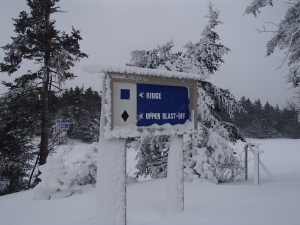 If you like skiing blue trails then Mount Sunapee might be your new favorite mountain. However If you like fancy ski villages and après ski nightlife you might want to point your car toward one of the more popular ski areas. I recently spent a day skiing Sunapee and the lack of lines combined with exciting trails will keep me coming back.

Mount Sunapee is located in Newbury, NH with 1,510 ft of vertical and 66 trails. 49% of these trails are blue trails, 26% are green and 25% are black diamond which means if you are an intermediate skier you will have a lot of skiing to do. It has one peak and one main base area. Sunapee is not a big mountain but it is big enough and it is just 90 minutes from Boston. I arrived at Sunapee the day after Christmas expecting to find a full parking lot and huge crowds. Instead I was able to park right next to the base lodge where I could walk right up to the ticket window. I spent most of last season skiing in VT where one must take a shuttle from the parking lot to the base lodges where another line awaited at the ticket window so I was already impressed. 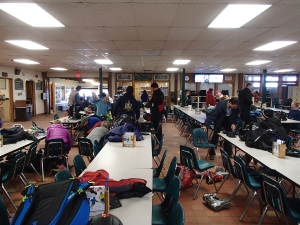 The lodge looked a little dated but the lack of crowds and the free bag check more than made up for it. 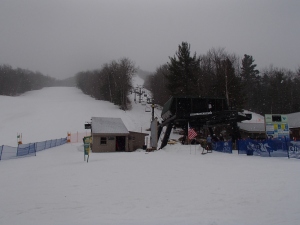 I was starting to wonder where everyone was as I was able to ski right onto the lift. The day was off to a great start especially since I got used to waiting 30 minutes in lift lines in VT last year. The lifts at Sunapee are nothing fancy but a slower lift is always faster than a long line. 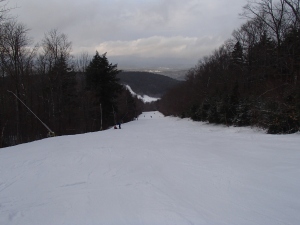 Sunapee has a similar layout to Mount Snow with a summit base lodge; lots of intermediate terrain and a separate section, called the Sun Bowl, which is just like Mount Snow’s Sunbrook area. The majority of the main mountain appeared to be full of intermediate trails which were fun but not extreme. Most of the advanced terrain was not open that day so I could not check it out. The beginner trails are in a separate area across from the main mountain. In fact I think the main area only has just a few green trails. This means if you like blue trails Sunapee is your kind of place. 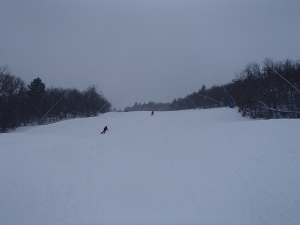 Sunapee is known for its grooming and it did not disappoint. Even though I was skiing early in the season I found a pleasant variety of well-maintained trails with absolutely no crowds. There were plenty of routes down the mountain so I could create a lot of variation without doing the same trail over and over. As more trails open during the season I expect the Sunapee experience to get even better. The restaurants in the base lodge seemed to close soon after the lifts stopped spinning so Sunapee is not the place for après ski nightlife. What Sunapee lacks in night life it makes up for in quality skiing that is just a short ride from Boston. Mount Sunapee is a mountain that has everything you need and nothing you don’t for a great day of skiing.